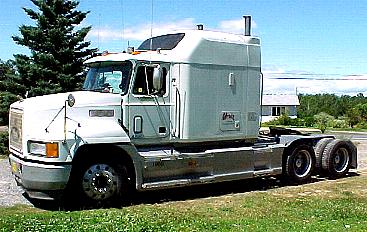 Before installing the product I emission tested my truck at Ontario Mack (in Cambridge Ontario) testing station on 08/08/2001 following the Ontario Drive Clean Heavy-Duty diesel SAEJ1667 Snap Acceleration Emission Inspection Program. At that time the emission limit for Opacity was at 40.0. When I tested my Mack it came in at an average of 7.8 (before Fitch) which was very low and I was told that this was very efficient. I then installed and ran the Fitch for a period of time and recently went back to the same facility and had it re-tested. My truck was due for regular service and this had not been done before the final test. The same examiner that did my truck the first time tested it again on 13/02/2002. This time the levels were at 2.5 (after Fitch) which was extremely low , actually lower than most new trucks I was told. This was a decrease of about 68% in emissions.
After installing the Fitch fuel catalyst I have found that my mileage improved about 5% on the average. When pulling up the hills I found that I could save 1 sometimes 2 gears on the uphill grades. The emission readings, I feel, do infact reflect a more efficient running engine and a cleaner burn and will no doubt help with the longevitiy of my engine as there will less contamination in the oils because of the cleaner more efficient burn.

BACK TO TRUCKING
BACK TO EMISSIONS